VS94 Series is an electro-mechanical device designed to protect equipment from damaging shock or vibration.

This sensitive mechanism can detect excessive shock or vibration and shut down the equipment before further damage occurs. A set of contacts is held in a latched position through a magnetic latch mechanism. As the level of shock or vibration increases, an inertia mass exerts force against the latch arm and forces it away from the magnetic latch causing the latch arm to separate and to operate the contacts. Sensitivity is obtained by adjusting the amount of air gap between the magnet and latch arm plate. The VS94 Series is housed in a NEMA 4/4X glass-filled polyester enclosure and has a base mount. It is for applications in non-hazardous locations. VS94 models are rated up to 480 VAC. 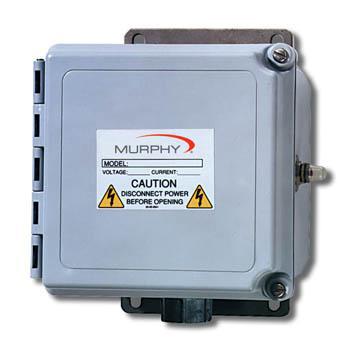 Specifications Downloads How To Order
X

WARNING: This product may expose you to chemicals which are known to the State of California to cause cancer, birth defects or other reproductive harm. For more information about California Propsition 65, go to www.P65Warnings.ca.gov or visit our California Proposition 65 page.

Additional product documentation can be found on our product support website or by clicking the Help Center button above.